/ anyone else reading through what they own? ▪ I

/ first post of the year. how's your reading going

/ what are you hoping for in the new year? ▪ Per

/ any romance podcast listeners out there? If not

/besides reading, what else have you gotten into?

/where do you track the books you've read? ▪ I'v

The quaint town of Ogg’s Point rests on the rocky coasts of Maine. Native Rutledge Raines left home with no plans of returning, but years later he is drawn back to sell his late grandmother’s house. He never imagined the mundane task would drop the annoying but sexy Peyton Morgan into his life. Being home forces him to remember why he left in the first place because even small towns have secrets lurking in the shadows. When those demons are unleashed, Rut, Peyton and Ogg’s Point will never be the same. I’m fairly new to L.A. Fiore’s book and The Gathering is what had me falling in love with her writing. Once I heard she was teaming up with Anthony Dwayne to write Unleashed, I thought why not give this one a chance. Although I thought the writing was great between both of them, I couldn’t connect with the hero at all. And there were things here and there that didn’t work for me. I did find it rather enjoyable, lots of steamy scenes, but there was something about Rutledge that I couldn’t deal with at all.

This book really pulls you in from the very beginning, to be honest, I didn’t know what to expect at all. I thought Fiore and Dwayne make a terrific author duo and I’m definitely hoping they plan to write more in the future. Their writing, together absolutely works!

Peyton; I truly loved her character, she’s sweet, feisty, takes chances and just has a heart of gold. She’s definitely the woman to take Rut down a few pegs. When it comes to Rutledge, I don’t mind an alpha here and there, but he became a bit overbearing and he’s definitely a player. A bit of a jerk if you ask me, but it was to be expected since he constantly gives that off. And I kept wondering what the conflict was going to be between them. It’ll remain a mystery about this broken man for most of the book, but once it was revealed, your heart will definitely break for him. Despite everything that he has endured, I can’t say that it excuses the way he treats women, period. I was so nervous that he was going to treat Peyton the same way because she is definitely the light to his darkness. And the last thing she deserves is to be screwed over by someone she has deeply fallen for.

I truly enjoyed this but didn’t love it as much as I hoped. The writing is top-notch, but the lack of connection with the hero had me at an impasse. I am so looking forward to the next release by this new author-duo! 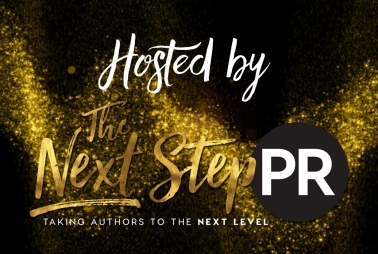 Anthony started writing years ago as a hobby, but it quickly turned into a passion. He first began publishing under the name, Kane Caldwell, but has since changed the name he will continue publishing under. He is the epitome of a country boy with jeans, t-shirt, hat (No, not a cowboy hat. Lol), scruffy face, work boots on, driving his truck and definitely not a guy you’d picture writing romance. Anthony works in the construction business where he runs his own crew. He has two awesome boys, and an amazing woman that keeps him on the edge. He drinks way too much coffee and probably curses in one day what others curse in their lifetime. Lol! Anthony resides in the south where the weather is warm but most times sweltering hot. During down time, he loves to be surrounded by family, friends, great food, or engrossed in a good book. And of course, putting his imagination to work, where reality and fantasy collide.

LA Fiore is a hybrid author of thirteen novels. She believes in a happily ever after, but she likes to make her readers work for it. When she’s not writing, she can usually be found in the garden or hanging on the deck with her family and friends. She lives in Bucks County, Pennsylvania with her husband and two kids and their four fur babies.

#RSFave & Review | Ask Me If I Care by Lani Lynn Vale

Audio Review | Roommate — are you ready for Kieran and Roderick? This is audio is a must.

#RSFave ARC Review | The Fourth Time Charm — a friends to lovers trope that I loved!

Review | A Co-Worker’s Crush — a farewell to a great series.
Next Post >

4 books reviewed so far this year.
(check out Goodreads for more reviews).

/ anyone else reading through what they own? ▪ I

/ first post of the year. how's your reading going

/ what are you hoping for in the new year? ▪ Per

/ any romance podcast listeners out there? If not

/besides reading, what else have you gotten into?

/where do you track the books you've read? ▪ I'v

%d bloggers like this:
We use cookies to ensure that we give you the best experience on our website. If you continue to use this site we will assume that you are happy with it.AcceptNo, thank you.Read more