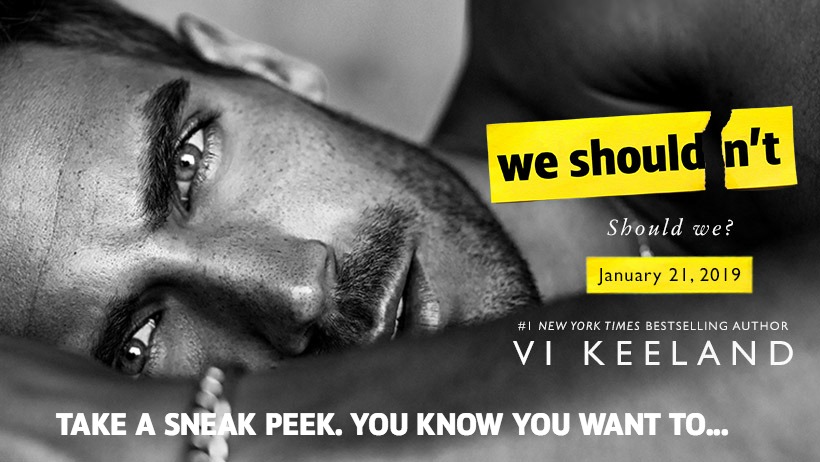 It was the gorgeous guy I’d seen in the elevator. And here I thought we’d had a little spark.

Bennett Fox grinned like he’d already been named my boss and extended his hand. “Welcome to Foster Burnett.”

Ugh. He wasn’t just good looking; he knew it, too.

“That would be Foster, Burnett and Wren, as of a few weeks ago, right?” I iced my subtle reminder that this was now our place of employment with a smile, suddenly thankful my parents had made me wear braces until I was nearly sixteen.

“Of course.” My new nemesis smiled just as brightly. Apparently his parents had sprung for orthodontic care, too.

Andrew was six foot two. I’d guess this guy was about the same.

Bennett pulled out the guest chair next to him. “Please, have a seat.”

Tall and with gentlemanly manners. I disliked him already.

During the ensuing twenty-minute pep talk given by Jonas Stern—in which he attempted to convince us we weren’t vying for the same position, but instead forging the way as leaders of the now-largest ad agency in the United States—I stole glances at Bennett Fox.

Shoes: definitely expensive. Conservative, oxford in style, but with a modern edge of topstitching. Ferragamo would be my guess. Big feet, too.

Suit: dark navy, tailored to fit his tall, broad frame. The kind of understated luxury that said he had money, but didn’t need to flaunt it to impress you.

He had one long leg casually crossed over the other knee, as if we were discussing the weather rather than being told everything we’d worked twelve hours a day, six days a week for was suddenly at risk of being in vain.

At one point, Jonas had said something we both agreed with, and we looked at each other, nodding. Given the opportunity for a closer inspection, my eyes roamed his handsome face. Strong jaw, daringly straight, perfect nose—the type of bone structure passed down from generation to generation that was better and more useful than any monetary inheritance. But his eyes were the showstopper: a deep, penetrating green that popped from his smooth, tanned skin. Those were currently staring right at me.

I looked away, returning my attention to Jonas. “So what happens at the end of the ninety-day integration period? Will there be two Creative Directors of West Coast Marketing?”

Jonas looked back and forth between us and sighed. “No. But no one is going to lose his or her job. I was just about to tell Bennett the news. Rob Gatts announced he’ll be retiring in a few months. So there will be a position opening up for a creative director to replace him.”

I had no idea what that meant. But apparently Bennett did.

“So one of us gets shipped off to Dallas to replace Rob in the southwest region?” he asked.

Jonas’s face told me Bennett wouldn’t be happy about the prospect of heading to Texas. “Yes.”

All three of us let that sink in for a moment. The possibility of having to relocate to Texas shifted my mind back into gear, though.

“Who will make the decision?” I asked. “Because obviously you’ve been working with Bennett…”

Jonas shook his head and waved off what I was beginning to question. “Decisions like this—where two senior management positions are being merged into one office—the board will oversee and make the final determination of who gets first pick.”

Bennett was just as confused as me. “The board members don’t work with us on a daily basis.”

“No, they don’t. So they’ve come up with a method of making their decision.”

“It’ll be based on three major client pitches. You’ll both come up with campaigns on your own and present them. The clients will pick which they like best.”

Bennett looked rattled for the first time. His perfect composure and self-assuredness took a hit as he leaned forward and raked long fingers through his hair.

“You’ve got to be kidding me. More than ten years, and my job here comes down to a few pitches? I’ve landed half-a-billion dollars of ad accounts for this company.”

“I’m sorry, Bennett. I really am. But one of the conditions of the Wren merger was that due consideration be given to the Wren employees in positions that might be eliminated because of duplicity. The deal almost didn’t go through because Mrs. Wren was so insistent that she not sell her husband’s company, only to have the new organization strip away all of Wren’s hard-working employees.”

That made me smile. Mr. Wren was taking care of his employees even after he was gone.

“I’m up for the challenge.” I looked at Bennett, who was clearly pissed off. “May the best woman win.”

He scowled. “You mean man.”

We hope you enjoyed this sneak peek of We Shouldn’t! 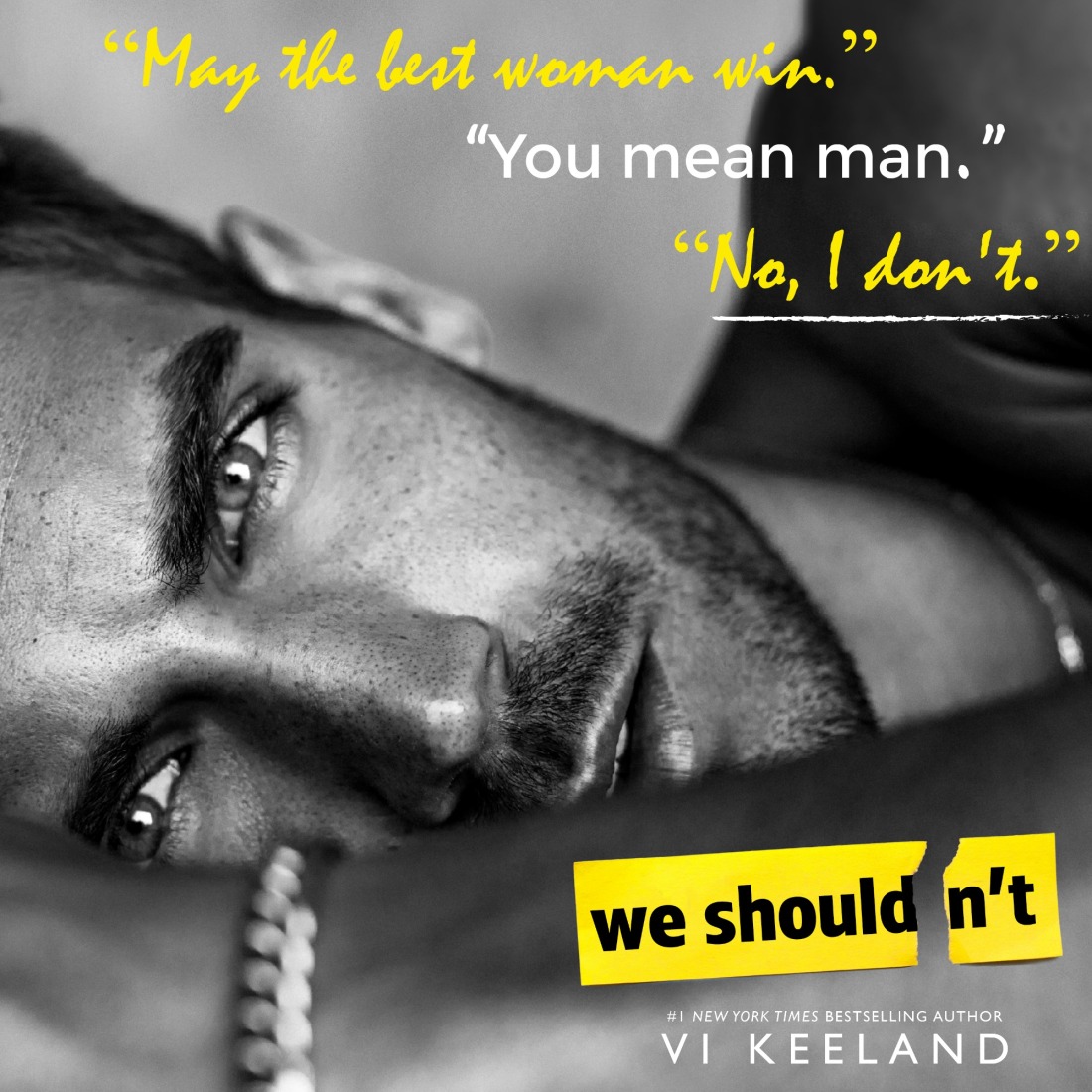 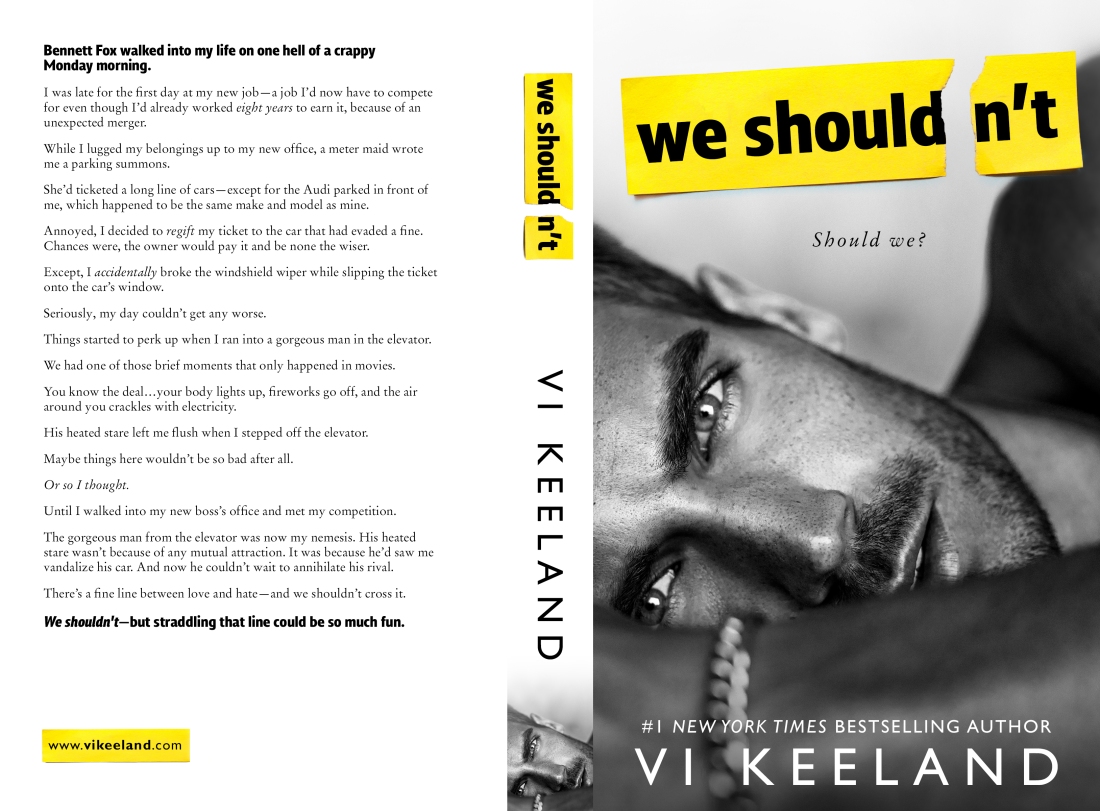 Please note: There will not be an Amazon ebook pre-order, but it will be available on Amazon on release day.

**NOTE: FOR THE FIRST TIME EVER, The Cocky Bastard Series is now available in KINDLE UNLIMITED!

FOR A LIMITED TIME ONLY!**