A mysterious stranger enters Skylar’s inner circle, throwing her life out of balance. As secrets are revealed, she learns of the New Olympus; a dwelling for the descendants of the Gods. The Grand family must strive to work together with these descendants to discover the key to their recue from the clutches of the growing evil vultures of Hades. As the threat increases, Skylar must learn to control her newfound powers before it’s too late.

This is the 2nd book in the Descendant Prophecies series and yes you have to read the 1st book to get the whole story.

With that cliffhanger ending that we got in the first book, I was very happy where this one picked up right where the first one ended.

In this one, we learn more about Skylar’s blood and about her powers in general. She transforms/evolves quite a bit from the beginning of the book to the end. And it was pretty neat to be able to witness every single moment of it, there were some moments where it left in me awe of what she was capable of. Lets just say, she’s pretty strong!

There are new characters in the book that will immediately make you question if you should trust them or not, you’ll see what I’m talking about. And Mason will be as cautious as he was about people they come across, like he was in the first book. At first I thought that was an annoying factor about him, but as the book progresses, you’re thankful that he was.

I love Mason, trying to be a jerk in the beginning, but you see his (well both of their) feelings evolving to something stronger for Skylar. He treats her so well and is very protective of her. Granted it could seem a bit possessive, but when it comes to Skylar and the damn vultures, you’ll be happy that he is the way he is. He’s always coming to her rescue, swooping in like a knight in shining armor.

Skylar dealt with so much in the book, especially on an emotional level. A figure that she went 10 years without pops up back in her life. And she feels so many emotions from that and not really sure what to think of it. And her abilities is a whole different thing.

Overall, I enjoyed the book. It did seem a bit slow and felt like nothing was really going on. I loved the characters, but I was left with feeling a bit iffy about a few of them, even if things were somewhat explained at the end. I’ll definitely finish the rest of the series, so I look forward to see how their journey turns out. There are some things that I hope to see happen in the next installment.

Mason let out a soft chuckle. “Did you just call me Mace? It sounds hot coming out of your mouth. I’ll seal the deal with my love shock.” Positioning his thumb near mine, small illuminating sparks flew out from it. They looked like small, glowing branches, yet moved like long spider legs. Slowly, he moved it closer. It sizzled and crackled first, then it wrapped around my thumb. It was the coolest sight. Where our thumbs were touching glowed. The longer the light touched me, the warmer it got in that area. Then it continued to weave from my hand down to my arm, making my arm shimmer.

Watching in awe, I gave him the biggest smile I could. Suddenly, my body jerked and I dropped my hand. “Ouch.”

Mason captured it and rubbed the area. “Shit! I’m so sorry. Sometimes I can’t control it around you.”

I formed my lips into a wicked, sexy grin. “Sometimes, I don’t want you to.” 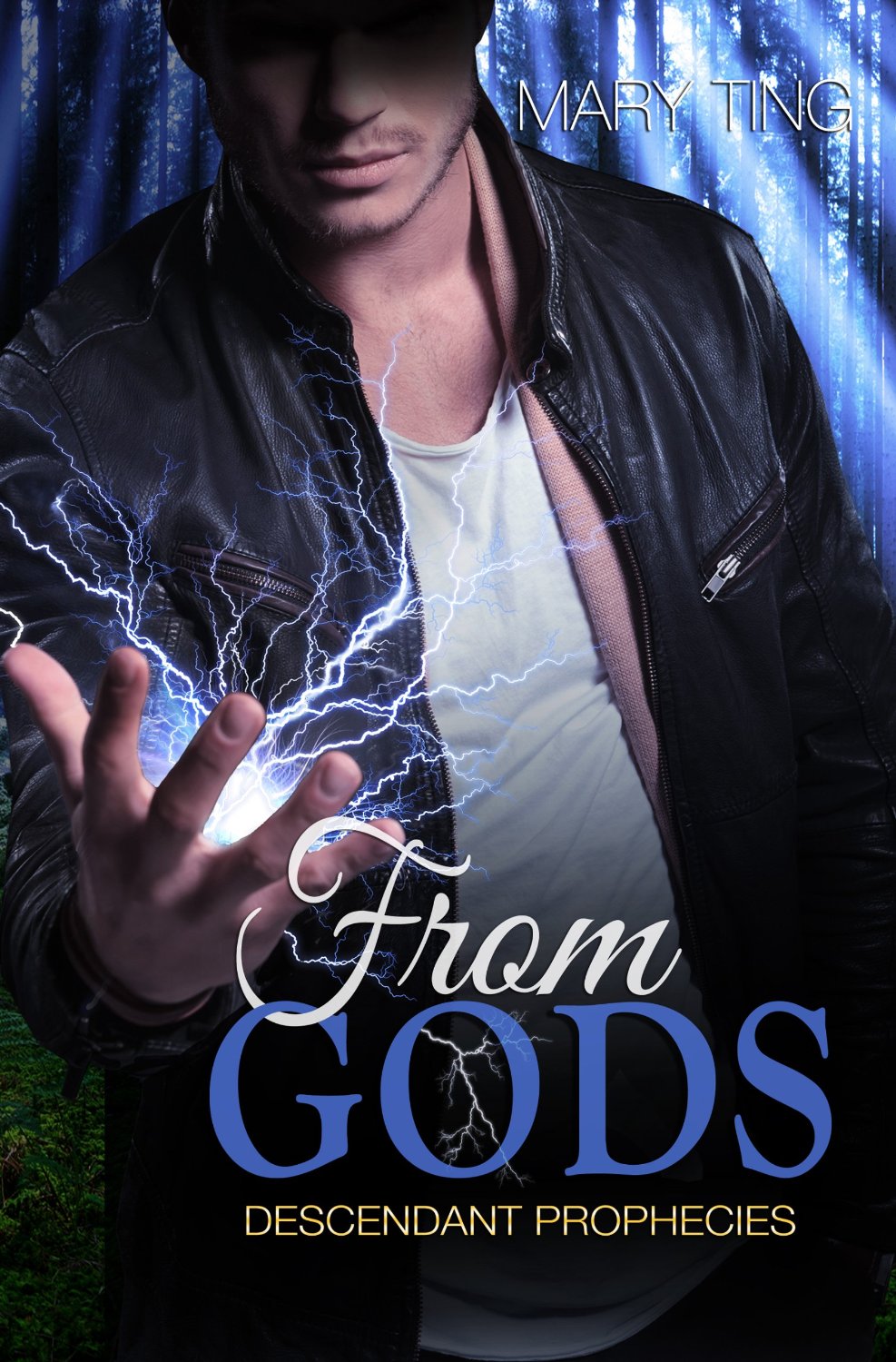 Did you just see a flash of lightning across the sky on a clear sunny day? It’s not from Mother Nature. It is most likely from Mason Grand, swoon-worthy demigod, one of Zeus’s descendants.

Skylar Rome is supposed to be having the best summer ever before she heads off to college. Little did she know, her whole life was about to change while visiting her cousin. Nearly drowning at the beach due to unknown forces, one of the Grand brothers she’d just met, Mason, saves her life. Cool, collected, mysterious, and dangerously good-looking, Skylar is drawn to him from the start. Though she knows he is the type of guy good girls stayed away from, it seems he is always saving her life, and the attraction was inevitable.

Upon meeting the brothers, strange things begin to happen. When she accidentally kills one of the brothers, it throws her life into turmoil, as they search to find the answers. Implausibly, she gets caught up in a world of the descendants of ancient gods, all who have super powers. Not only is her discovery difficult to accept, evil beings are after her. Running out of time and running for her life, she must unravel a mystery. What do they want from her? Forced into a battle set into motion long before she was born, will she find the answers,
or will she die trying?

This is the first book in the Descendant Prophecies and first read from this author. I’m a lover of the paranormal world and especially ones with Greek Mythology, so I was intrigued to give this one a go.
In the beginning, we see Skylar at the young age of 8 going through such a traumatic moment in her life of losing her father. Someone she loved and cared so deeply about, just vanishes with no word for the next 10 years of her life.
Every summer, Skylar heads off to spend it with her Aunty Kelly and cousin, Kayla. And it’s the last summer before she heads off to college. And this summer was what changed her life, forever. When she meets Mason, she experiences things that have no explanation of why. She’s thrown into weird and dangerous situations and you’ll wonder who is after her and why?
As we learn more about Mason, it doesn’t take long to figure out that he’s a demi-god and who he is a descendant on. Just look at the cover *wink wink*.
There’s a lot of push and pull for Skylar and Mason, and it’s pretty electrifying … literally! Mason doesn’t want to involve Skylar in his life/world, but as the book progresses, you’ll quickly learn that he has no choice. Mason has built up a thick wall after the loss of his mother, he has blamed himself and refuses to let anyone in. And Skylar gradual breaks it down, but will Mason let them down completely and have Skylar be a part of his life?
After finishing the book and THAT ending, I am very eager to get more answers about Skylar and many other things that I can’t reveal without spoiling it.
MY RATING // 3.75 STARS

Mary Ting resides in Southern California with her husband and two children. She enjoys oil painting and making jewelry. Writing her first novel, Crossroads Saga, happened by chance. It was a way to grieve the death of her beloved grandmother, and inspired by a dream she once had as a young girl. When she started reading new adult novels, she fell in love with the genre. It was the reason she had to write one-Something Great. Why the pen name, M Clarke? She tours with Magic Johnson Foundation to promote literacy and her children’s chapter book-No Bullies Allowed

Book Review | The Dragon’s Bride — a rather delightful monster romance.
Next Post >