This series just keeps getting better and better with every new book that comes out granted there’s only two, but still, it’s true. I think Gabe and Nikki’s story just might be my favorite in this series so far and I am sooooo ready for Devlin’s story because that will definitely an awesome one. He is the brother I’m so curious about the more we dive into the de Vincent men, OK, getting off track.

Moonlight Seduction is just one of those books you can read in one sitting, even though it was a bit longer than I expected it to be (not complaining though)! Every page is so darn alluring and intriguing, everything will be you drawing in you from the very beginning. Not just the strong connection that Gabe and Nikki share, and have shared for several years, but the heart-hammering suspense and mystery. I have to admit that the de Vincent Estate scares the crap out of me, too many crazy things have happened (still happening) in that mansion. The stories that come about that mansion keeps stacking up with every book in this series. The whole “skeletons in the closet” has a new meaning when it comes to the de Vincent family and the more that’s revealed, it sheds a different light on them. One that shows they’d do anything for family … family always comes first to the de Vincent boys, so that’s something you should remember when you’re reading this series. And also, don’t f*ck with them. PERIOD!

Nikki and Gabe are absolutely perfect together! Their chemistry is something that all romance books should have, it’s sizzling hot no matter how hard they tried to fight it. Every time they’re in the same room, you just want them to give in already. With the reputation the de Vincent men hold, I love seeing their softer side when it comes to love. It’s obviously a rare sight with these men, but I’m just left awestruck with that side of them. It just shows the many layers of them and that there’s so much more to them than what the rumors say.

The dialogue between Nikki and Gabe is everything! There’s so much want between them that just gets you all kinds of excited. It’s scorching hot. But besides all that, we have the suspense part to Moonlight Seduction and it will leave the hairs on the back of your neck standing up and checking to see if anyone’s behind you. The one question I’m constantly asking myself when I read this series is “who is it?!“. There are some shady things happening and left with no explanation, but when it is, I just want to know if I was right or not. It’s pretty much a big game of Guess Who. I find it funny that I’ll have all these questions, while some get answered, others don’t, but I’m sure they will be when Devlin’s book comes out.

Absolutely loved Moonlight Seduction and can’t wait for the final book, Moonlight Scandals. We get the very little glimpse at the end that’ll keep you wanting! Bravo, Jennifer, for yet another amazing series!

CHECK OUT MY REVIEW FOR MOONLIGHT SINS!

He moved forward, maybe a foot or two, but stopped like one would if they were approaching a rabid dog. A heartbeat passed. “Your hair . . .” He tilted his head to the side. “It’s different.”

“Yeah, it is.” Her hair used to be a rather dull medium brown, but then she found this amazing hair stylist in Tuscaloosa and turned her brown hair into this array of blondes and browns, using some weird technique called balayage. “It’s basically just highlights and stuff.” “Stuff.”

His gaze flickered over the bun. Uncomfortable, she scanned the kitchen. “And my hair is longer. A lot longer.”

Was she really telling him the length of her hair? This was the most strained conversation she’d ever had in her life. And that was, well, it was sad. She peeked at him. It used to not be this way. Back before . . . well, before she ruined everything, he’d be teasing her and asking about her college. He’d be talking to her like he could actually stand being in the same room with her.

She needed this conversation to be over like it was yesterday and she also needed to figure out how she could work here and not run into Gabe. The house was big enough that it should be possible. “I need to get back to—”

“Planting your face against the over door?”

Her shoulders slumped. “Actually, I need to finish the potatoes. So, if you’ll excuse me.” She started to turn away, praying that he’d just leave.

“That’s it? That’s all you have to say to me? Because I have a lot I need to say to you,” he said. “Never in a million years did I think I’d see you here again.”

Nikki’s spine stiffened like steel had been poured into it. Oh God. Her throat spasmed.

“No we don’t,” she said quickly. “We do not need to talk about anything.”

“Bullshit,” he snapped, and his voice was so much closer that she turned to him on instinct.

Gabe was now at the edge of the massive island, only two or three feet from her. She stepped back into the counter. Her heart thundered in her chest as her gaze flicked to the kitchen door.

“No one is coming near here,” he said as if reading her mind. Her gaze flew back to his. “Dev is in his office on the second floor, in a meeting and your father is out with the landscaper. No one is going to hear us.”

A weird mixture of sensations assaulted her. One was a chill that skated down her spine. The other was a tight, hot shiver that danced over her skin.

Gabe kept coming at her, not stopping until he was right in front of her, separated by a few inches. She sucked in air, catching the crisp, clean scent of his cologne. It reminded her of storms, of that night.

That was the last thing she wanted to be reminded of.

Like his brother, he was a good head and then some taller than her, so right now, her eyes were fastened to his chest.

Thank God he was wearing a shirt.

Her body jerked as she pressed her lips together. He was right. She owed him a conversation. “Okay.”

There was another beat of silence and then he asked in a voice so low she almost didn’t believe she heard him right.

“Did I hurt you that night?” 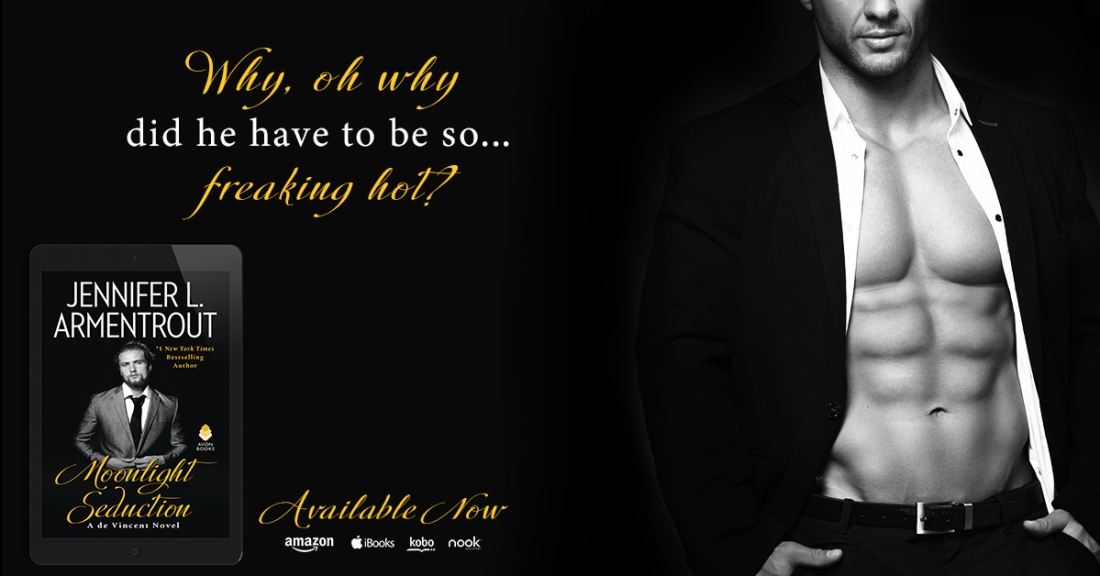 By the Numbers | Favorite Authors